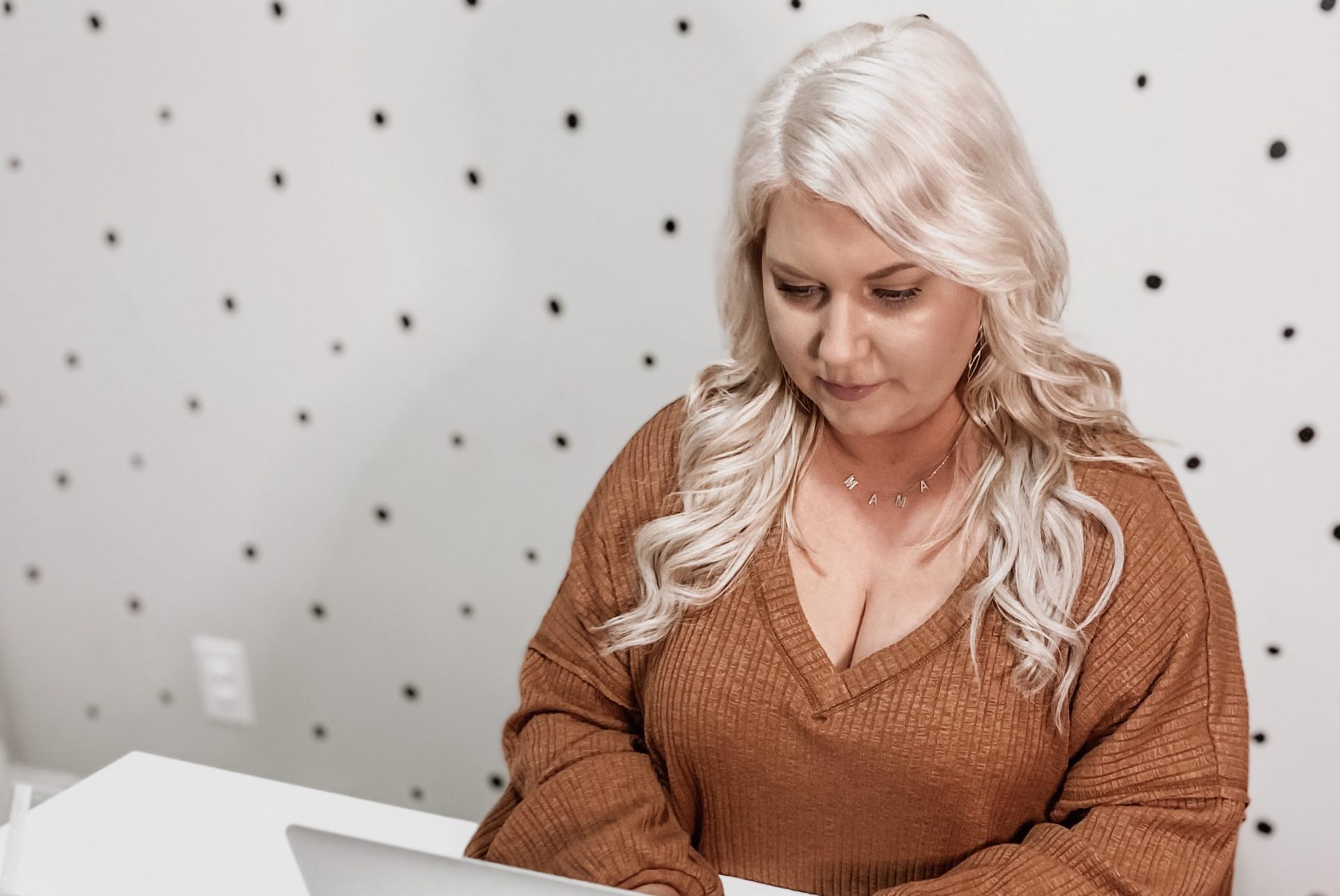 My senior year of high school was a pivotable time in my life. That year, I was diagnosed with melanoma skin cancer and had to have major surgery to remove it (You can read more about that here). I went through a really hard time after this. I was young and confused and trying to figure life out very ungracefully.

Just when I started to get my footing, my best friend was hit by a car and killed (You can read more about that here). It was the most intense pain I had ever experienced. Over the next year, I would struggle with depression but did not receive any help. I finally started to admit something was wrong and began to seek help when I was 19 (You can read more about my journey with mental health here).

I got married at 20 years old to my high school sweetheart. I thought we would be together forever. I moved across the country with him to Arizona because he was stationed there for the Air Force. We stayed there for a little over 2 years, and then he got relocated to North Carolina. Three weeks after starting at my new college, I found out I was pregnant. I had my first daughter in April 2014. 9 weeks later, I packed up everything I could fit into my Nissan Rogue, and I left with my daughter in the back seat. It was the hardest thing I’ve ever had to do.

A couple months later, my 4 month old daughter and I moved into a one bedroom college apartment. The next two years I was a single mom and full time college student. I’m not even going to lie and say it was easy all the time. But I learned so much that I believe I was meant to learn–and all the hard times had to happen for me to learn these things. I realized I can do anything I set my mind to. I am a warrior. A fighter. And nothing can stop me. Not even myself.

When my daughter was 13 months old, I started dating my current husband. There really is no fairytale here. We had known each other our entire lives from church. We had been really good friends in high school and always said hi when we saw each other after. He was at my first wedding.

We started dating totally unexpectedly, and Brad revealed to me that he had always wanted me. It took me making the first move for anything to happen (guys are so lazy). We fell in love, but honestly he fell in love with my daughter. And I think he stuck around more because he liked her and not me…just kidding. But really. That was how I knew he was the right one. The way he treated my daughter and didn’t mind spending time with her and taking her to the ER with me in the middle of the night and reading books to her and throwing her up in the air to make her laugh and so much more.

We got engaged on the one year anniversary of our first date, right after I graduated college and moved back to South Carolina. We got married about 6 months later and within 3 months, I was pregnant with our son. We built a house and had our son all before our 1 year anniversary.

A month after our son turned 1, we found out we were pregnant with baby number 3. We moved into our new house a few months later, and three weeks after that we welcomed our daughter into the world.

(Has anyone else been crazy enough to build two houses and have two kids in the first 2 and a half years of marriage?!?!)

I never imagined myself being a mother of 3. I thought I would have 1, maybe 2 kids. I also used to say I didn’t want to start having kids until I was 30. Well here I am at 30 with 3 kids!

I never could have imagined how much I would love my kids. I never knew the type of incredible bond you form with these tiny little humans. I heard from my parents all the time growing up, “When you’re a parent one day, you’ll understand.” I would roll my eyes and shrug my shoulders. Now I totally get it (major eye-roll here…they were right). It is an unbelievable, overwhelming, never ending, unconditional type of love that you can never understand until you become a parent. Some days you want to hide in the closet, but it is all so worth it. It is just as rewarding as it is challenging.

So now that you know wayyyyyy too much about me that you probably never wanted to know, what’s your story? Send me an email and let me know. Find me on Instagram and DM me. Just reach out. I’d love to get to know you too. Life is so much better when we do it with others. So let’s be friends.

We use cookies on our website to give you the most relevant experience by remembering your preferences and repeat visits. By clicking “Accept”, you consent to the use of ALL the cookies.
Cookie settingsACCEPT
Manage consent

This website uses cookies to improve your experience while you navigate through the website. Out of these, the cookies that are categorized as necessary are stored on your browser as they are essential for the working of basic functionalities of the website. We also use third-party cookies that help us analyze and understand how you use this website. These cookies will be stored in your browser only with your consent. You also have the option to opt-out of these cookies. But opting out of some of these cookies may affect your browsing experience.
Necessary Always Enabled

Any cookies that may not be particularly necessary for the website to function and is used specifically to collect user personal data via analytics, ads, other embedded contents are termed as non-necessary cookies. It is mandatory to procure user consent prior to running these cookies on your website.