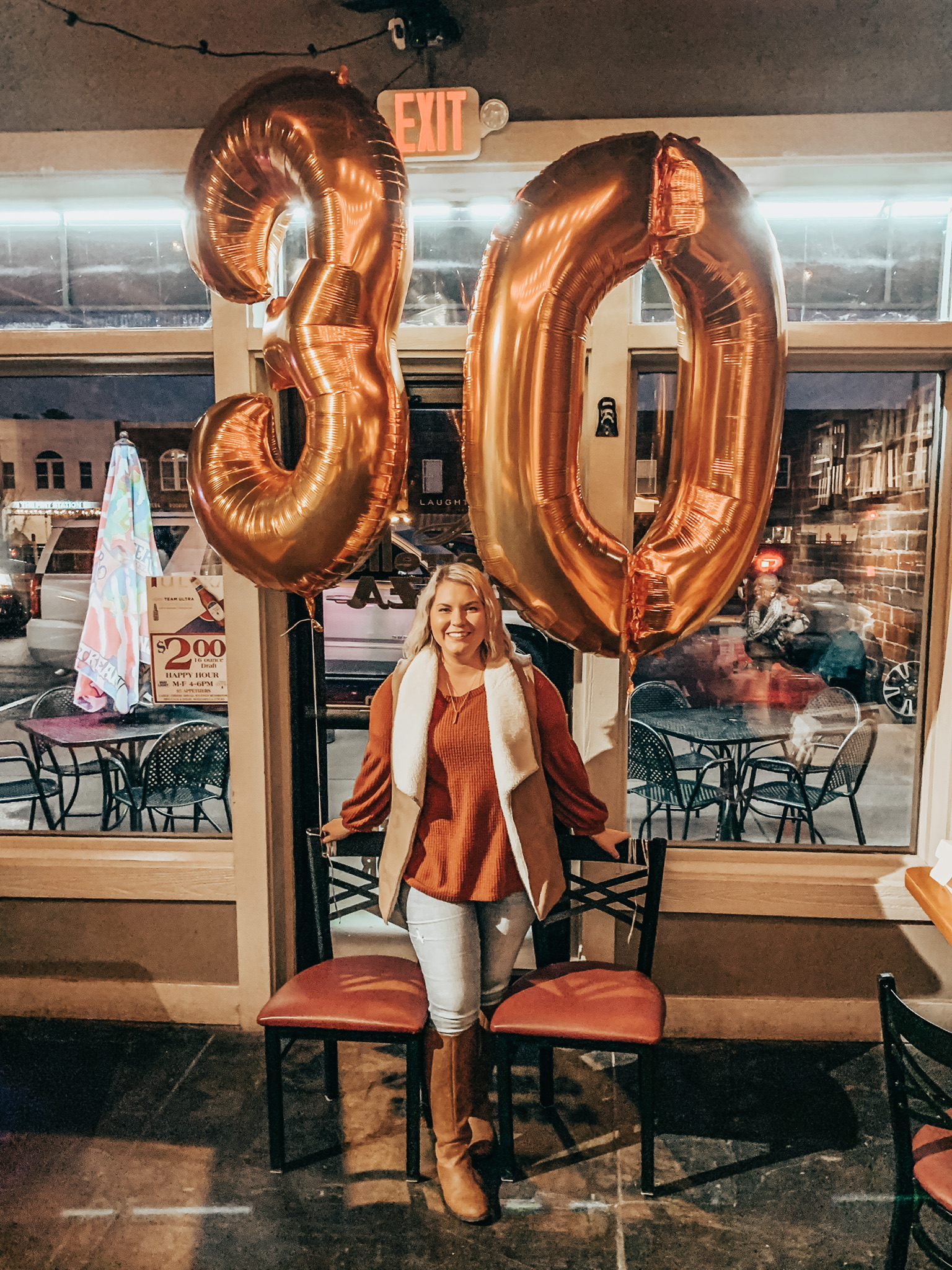 Well the day is finally here. I am officially 30 years old. I have been dreading this day for like 9 years.

But as I’ve been preparing for this the past few weeks, I have come to the conclusion that I am going to embrace it.

So I will be thankful for every day, every year, every birthday. Because I am so blessed. I really have more than I need.

So for fun, I decided to share 30 random things about me today! Enjoy!

#3- I did a ton of different activities growing up: dance, t-ball, basketball, piano, art lessons, cheerleading. My favorites were probably art + cheerleading.

#4- I have 2 tattoos. One on my foot that says “Only the good die young” + my best friend’s initials who died when we were 18. I have angel wings on my wrists. I got “beautiful life” added under them because people thought they were Harley Davidson wings + I couldn’t let that assumption happen.

#5- My best friend was a boy named Andrew. I met him in 3rd grade at church. We were “boyfriend + girlfriend” for a while. But we ultimately decided to just be friends in 6th grade. + what friends we were for so many years. But unfortunately not as many years as I would’ve liked. When we were 18, he was hit by a car + died immediately of blunt force trauma. I’ve never experienced such sudden + deep pain as I did during this time. + I hope I never have to experience it again.

#6- I hate starting something + not finishing it all in 1 go. I can’t walk away from something. So many times I have ended up staying awake wayyyy past midnight because I’m working on a project + I can’t stop until it’s done.

#7- I have only been out of the country twice: Bahamas + Mexico. I would love to travel to Canada, UK, Italy, Ireland, France, Germany, Japan, Australia, Jamaica, St. Lucia, Greece + oh, so many more!! Traveling is one of my favorite things to do, but it is sooo expensive 🙁 Fun fact: both the times I have been out of the country have been with Brad. One was our honeymoon, but the other was our graduation cruise after high school. We were just friends then and not together until 7 years later.

#9- I have always been one of those girls who got along best with the boys, even though I’m a very girly girl.

#10- My favorite foods are french fries, spaghetti, any kind of pasta, chicken tenders or nuggets, macaroni + cheese, any kind of potato, steak, anything chocolate, cheesecake + ice cream. Obviously you can see why I am not a size double zero anymore.

11- I have always loved taking pictures. Some people find it annoying, but I love having the memories to be able to look back on.

12- I was terrified when I found out I was having a boy, but he is the absolute sweetest + I wouldn’t trade him for the world. But I absolutely love my girls as well.

#13- I went to school for business for 1 year, then went 1 semester for nursing, then went to cosmetology school. A few years later I went back to school to be a high school math teacher. I ended up changing to elementary school education. I taught 5th grade for 1 year after I graduated + haven’t been back to the classroom. I’ve never been more miserable in my life than I was as a teacher. I would rather work at Applebee’s than in a classroom. It was an absolutely terrible experience for me.

#14- Strangers love talking to me. They love telling me their life stories. I don’t ask for this, but somehow it always ends up happening to me.

#15- I used to watch Law + Order SVU literally every second of every day.

#17- I have been in 3 car accidents where the car was totaled. I was driving in 1 of them.

#18- I had ingrown toenails on both my big toes + had to have surgery on them both to correct it. It was extremely painful.

#19- When I was in the second grade, I decided randomly that I wanted to be a tomboy. I cut my hair short, wore a backwards hat all the time, never wanted to wear dresses or anything girly. The cherry on top was that my left ear was infected so I couldn’t wear that earring, but I still wore my right one, so I legit looked like a boy. I luckily grew out of this quickly.

#20- I’m OCD + very particular about certain things. Like clothes should be hung short sleeve shirts together, long sleeve shirts together, tank tops together, pants together, dresses together, etc. + then within each category I organize them from left to right, the left side being the most dressy + progressively get less dressy. I can’t stand it when I have more than like 5 unread emails. I don’t get it when people don’t have their apps in an order that has meaning behind it. Everything should have a place. + if you don’t put it back in that place when you’re done with it, what is wrong with you?

#22- I had melanoma skin cancer when I was 17 years old. You can read more about it in this blog post.

#25- I love the beach, but would honestly rather spend the most time at the pool, because sand.

#27- I’m an enneagram 3, which means I love to work + be recognized for my work. I like to be seen as successful. I care about what other people think of me, even if I try + act like I don’t. I try hard to impress people + I like attention (even though I pretend I don’t). I’m competitive, hard-working, energetic, ambitious, enthusiastic, motivated + a people pleaser. Learning about the enneagram + all the types has been very eye opening for me to discover the core fears + desires of myself + those I love.

#28- It’s reallyyyyy hard for me to spend more than $30-$40 on a piece of clothing. I like the more expensive things, but it’s very hard for me to justify spending that much on one thing.

#29- I always wanted to live in Charleston or Atlanta. These are my favorite nearby cities. I’m smack dab in the middle of them. The cost of living is soooo much higher than where I live though + I’m pretty sure my husband is never moving again.

So there’s a bunch of random info you probably never wanted to know. Hope you enjoyed!

Tell me something random about you in the comments. + let’s be friends! Sign up for my email list below!

See all posts by Lindsey → 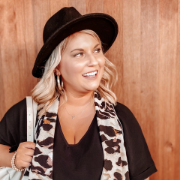 Lindsey is a wife and mom to three kids. She loves the freedom that having her own business from home provides her and wants to help others achieve that freedom.

Today I went to see my friends at @aestheticcenter

So I have said several times that I truly believe

Today is #NationalTreatYoSelfDay so of course we w

Nothing better than freshly bathed babes🛁🧼

We had such a sweet celebration this afternoon for

#WorldMentalHealthDay2020 Everyone has their reas

Two months ago today, I went live on Instagram and

Another win from @amberhydedesigns22 but this time

📣SELFIES AREN’T SELFISH📣 Did I get your a

Three years ago today, Cooper Jake made me a boy m

New month - my favorite month!🎃🍂 I have som